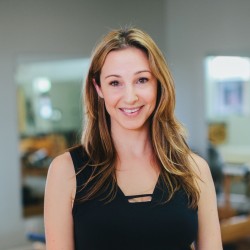 Cori has called Camarillo Pilates home for the last 9 years. She and her husband Jimmy happily took ownership of the studio in March of 2014. Pilates has been a therapeutic, strengthening and energizing presence in her life and has kept her free of the chronic back pain that resulted from a fracture to her spine during a snowboarding accident in 2002. It is Cori’s goal to provide each and every client with the sense of renewed energy, grace and total wellness that she has discovered in Pilates. Cori is a BASI certified Pilates Instructor with a specialization in Women’s health. She has additional certification and licensing in prenatal pilates, postnatal pilates, and bone health with plans to continue her studies in the areas menopause, pelvic floor dysfunction, MS and post-operative breast cancer rehabilitation. She enjoys working with private clients and teaching various group classes including Reformer, Mat, Prenatal Mat and Pilates for Buff Bones®. 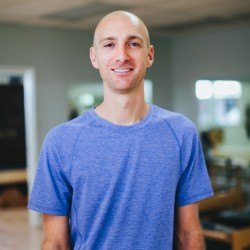 Jimmy studied martial arts for 15 years, receiving his first Black Belt at the age of 11. In his mid 20’s he noticed the onset of hip and lower back pain but was determined not to allow it to get any worse. He began his journey into healthy, mindful movement after watching the positive effect it had on Cori’s back injury. Once Jimmy began doing Pilates, he immediately noticed its potential, not just for him, but for everyone. After becoming part of the local Pilates community, he was introduced to Foundation Training. After just a few sessions, it was apparent that this was the obvious next step in his search for optimum back strength. The results were so strong that he wanted to share its power within his own studio. He completed the Foundation Training Instructor course and received his certification in June 0f 2017. He currently teaches all Foundation Training sessions at Camarillo Pilates.

Jimmy is also working on a Pilates certification through Balanced Body. He plans on completing the course in Winter of 2018. 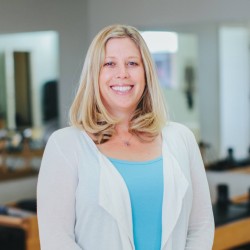 Harmony started Pilates in June 2009 to get her body back in shape after having a baby. Pilates was a new exercise experience for her and she ended up loving it so much that she decided to take the BASI comprehensive instructor course. Transitioning into teaching Pilates is not a far stretch for Harmony. She is a certified athletic trainer (sports medicine) with a Bachelor’s degree in Sport Sciences and a Master’s degree in Physical Education/Outdoor Education.She has enjoyed working with a wide variety of populations, including athletes, elderly and those who exercise just to feel good. She enjoys blending Pilates with her other interests of running, walking, swimming and many other outdoor pursuits.

Recently, Pilates has helped enhance her training for full- and half-marathons. “I look forward to seeing how Pilates enhances other aspects of my life.” 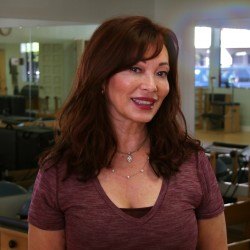 Kris has always enjoyed movement, studying ballet and jazz in her 20’s and 30’s. Professionally, Kris owned and operated a salon and boutique until retiring in 1998 due to a herniated disc and knee surgery. At this time she relocated to Santa Barbara and was lucky to find Pilates, which brought movement, balance and harmony back into her life. She found a passion for Pilates and is now excited to share this knowledge with others.
“Pilates isn’t just exercise; it’s a lifestyle and philosophy that I hope to perperuate one breath at a time.”
Kris is a BASI Certified Pilates Teacher and has attended many courses and workshops from 2012-2015 to further her education. They range from alignment focus to therapy for athletes and dancers. 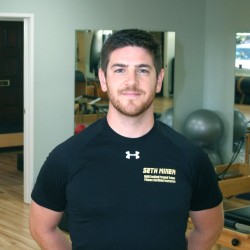 Seth studied at Power Pilates in New York city, under the guidance of second generation masters Bob Liekens and Susan Moran. In addition to Pilates, Seth is also a personal trainer certified through the National Academy of Sports Medicine. While growing up in Idaho, Seth was very active riding horses and playing soccer, but it was studying dance at North Carolina School of the Arts that sparked his interest in fitness as a profession. After graduating with a BFA in Dance, he moved to New York to dance professionally, and found that, like most dancers, he needed a second career to support his dancing. Using his in-depth knowledge of the body and movement, Seth quickly became a sought-after fitness instructor for people looking to feel better through movement. His teaching merges west coast compassion with New York intensity and incorporates his experience in dance, yoga and traditional fitness modalities. He is very excited to find a home at Camarillo Pilates! 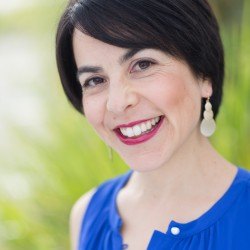 Francine started teaching movement in 2005, as a certified Therapeutic Yoga Instructor. The following year she moved to Uruguay, where she met a Polestar trained instructor and studio owner. Francine completed a five month internship with her. When she returned to the U.S., she completed the BASI Comprehensive Training and The Center for Women’s Fitness Pre/Postnatal Pilates Certification. Francine has a B.S. in Biopyschology from University of California at Santa Barbara and an M.S. in Kinesiology from Cal State Northridge. She is faculty for the Center for Women’s Fitness, an international educational group of Pilates instructors dedicated to improving women’s health and faculty for Buff Bones®, which teaches medically endorsed, osteoporosis safe programming.

Francine is dedicated to her own continuing education, and most recently completed a Pilates for Neurological Conditions course. She teaches private sessions and a weekly Buff Bones® mat class.

New Client Special: Sample our Studio Membership for 30 days at just $99!SIGN UP!